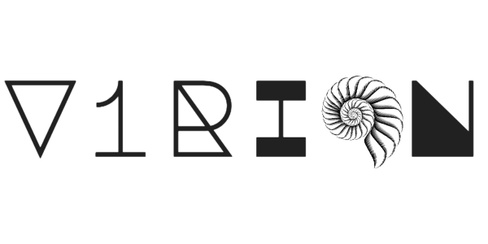 Born Virian Gonzalez-Valdez in East L.A., (raised between South Central and San Pedro), V1RIAN’s singing pursuit began imitating her childhood idol, Gloria Trevi, at the age of six when she was given a karaoke machine by her mother and continued well into her teenage years.  Following the unexpected suicide of her best friend at the age of fifteen, V1RIAN joined her high school’s play production class at the suggestion of her guidance counselor, to expend her emotional energy, creatively - instead of experimenting with drugs and alcohol.  That same year, she wrote and performed a comedy sketch for the school’s Halloween Show and later, won the lead role of Adelaide in the musical, Guys and Dolls.  Confident, she continued to hone her craft, performing for school assemblies, talent shows and outside concerts.

In the summer following that school year, she lived in Tepic, Nayarit (Mexico) where she joined a rock band covering groups, like: Black Sabbath, Iron Maiden and the Cranberries and guest-starred in the annually televised Holiday parade, performing Christmas songs on her own float.  Upon returning to the US at seventeen, V1RIAN was eager for more experience and began recording music through a program at the Boys and Girls Club of America, also sharpening her chops in live jam sessions, becoming a more proficient performer and winning third place in the annual LA citywide Boys and Girls Club talent contest.  Her senior year, she attended Blues Night at Sacred Grounds Coffee House in San Pedro.  From this experience, she co-founded the band, the Nomad and the Gypsy, playing Blues and Rock throughout Southern California (some band members affiliates of notorious Hell’s Angels and Mongols motorcycle gangs).  Encouraged by the drug and drink culture of motorcycle club venues, the group and the relationship with her co-founder fell into dysfunction, and the band broke up.  V1RIAN immediately moved to North East Los Angeles to pursue more serious opportunities in music.

In 2013, V1RIAN became a licensed cosmetologist and  after cutting one of its member’s hair of the EDM group, Klaypex, she collaborated and was featured on, “1941” - the pinnacle track from their 2014 album release, Anything Goes.  She continued to collaborate with other artists, singing the hooks on various hip-hop records.  After several years of alcohol and drug use, she made the decision to become sober.  In 2019, V1RIAN was contacted by a family-friend whom she had not spoken to since a Nomad and the Gypsy performance, and introduced her to producer, Chay Alexander Wright, with whom she has been collaborating on the production of her debut solo release.

V1RIAN’s biggest musical influences, include: Gloria Trevi, Gypsy Kings, Sugar Pie Desanto and Led Zeppelin.  She’s inspired by a wide variety of styles, including: Rock, Soul, Blues, Jazz and Latin Pop.  Her mission is to bring a new sense of spirituality to people, uplifting their own awareness while using it as a platform to shine light on topics that the media and modern society shy from addressing.

Charity is also a major component in V1RIAN’s mission and preparation for her 2020 release has led her to form an alliance with the Rainbow Services, a San Pedro-based organization, which provides emergency assistance, shelter and legal services for people impacted by domestic violence - the exact organization which supported her mother in the 90’s.

Debuting her upcoming release at the Grand Annex 2021

Virian shares her story for the first time

2020 Officer Installation Ceremony for the Beverly Hills Masonic Lodge No. 528 featuring a special performance by V1rian.

LOVE IS THE KEYNOTE: Concert Fundraiser

LOVE IS THE KEYNOTE: Concert Fundraiser

Rainbow Services invites you to attend our concert fundraiser, Love Is The Keynote, featuring local, up-and-coming artist, V1RIAN. This even...